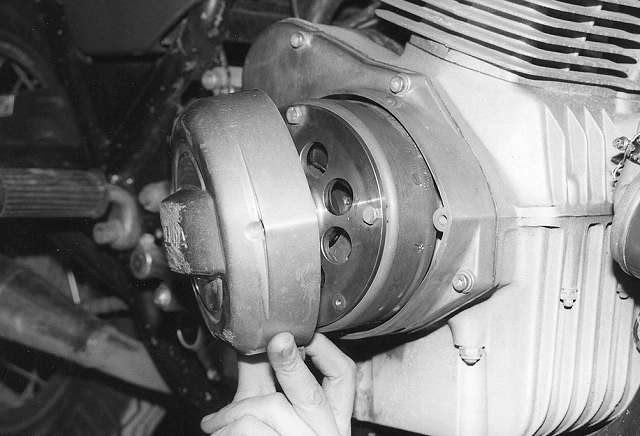 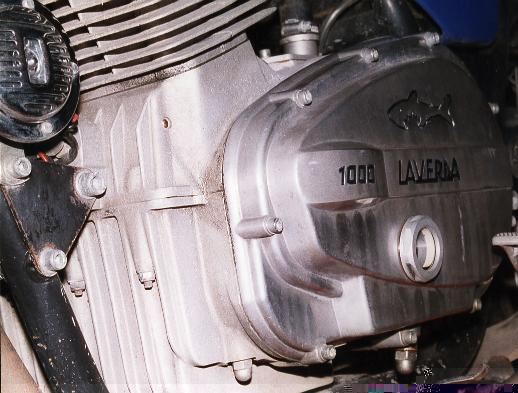 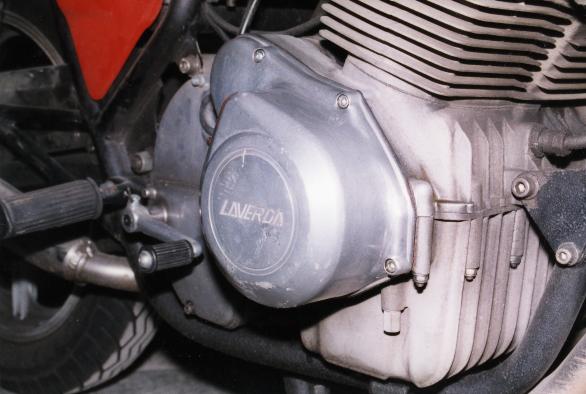 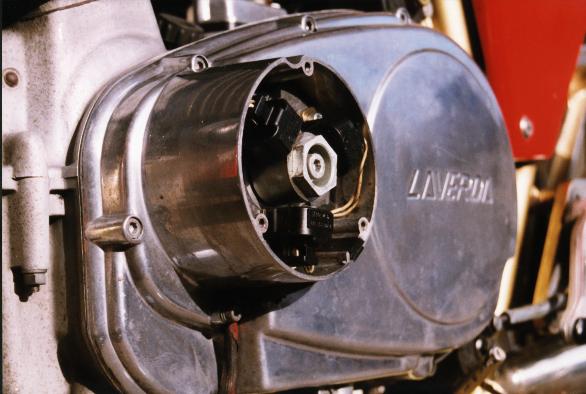 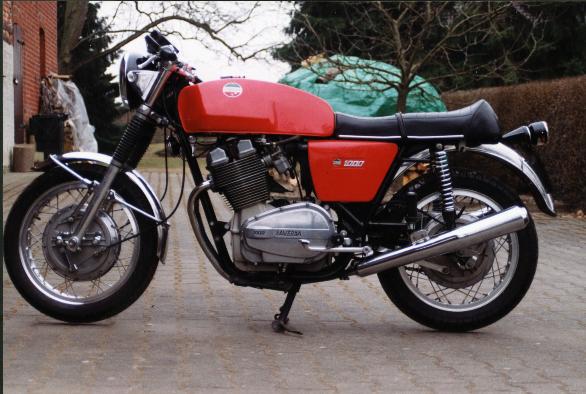 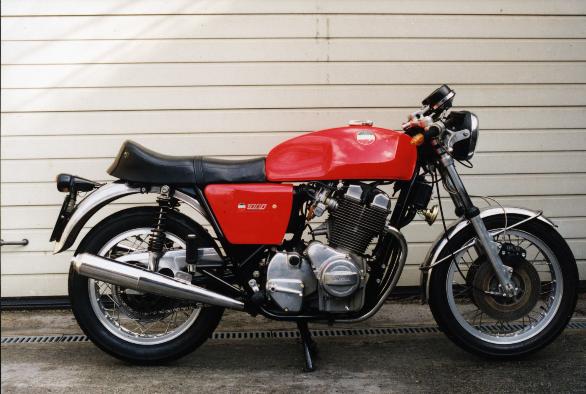 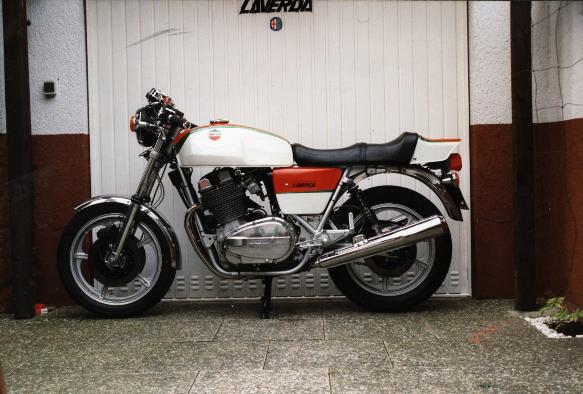 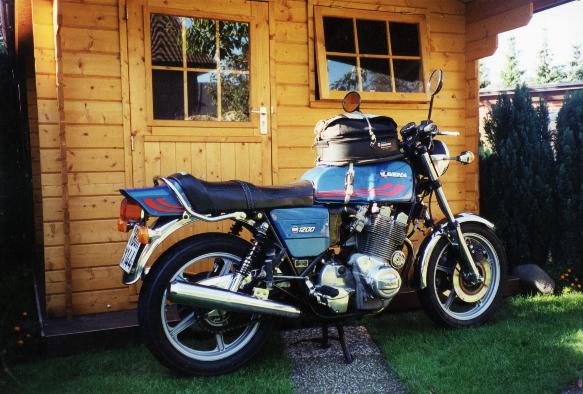 M10
1200 T almost the same as the 3CL, only with shorter side covers and Marzzochi front forks. The 1000s have Cerianiforks 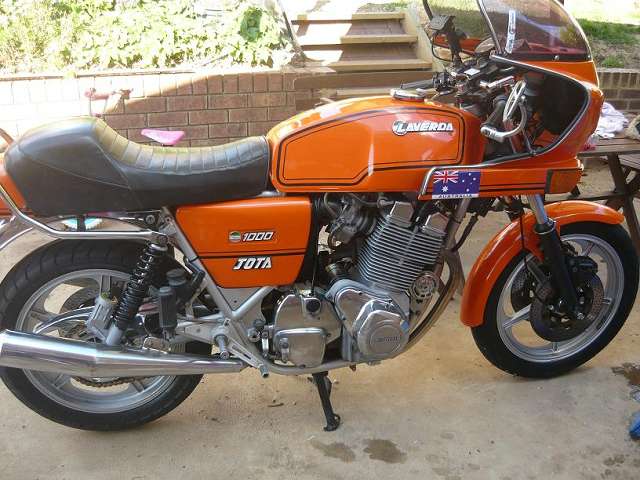 M11
180° Jota with a fairing similar to the 750 SFC and side covers from the 1000s. Original with moved back foot rests. The gear shift is moved from RHS to LHS (see chapter 63) 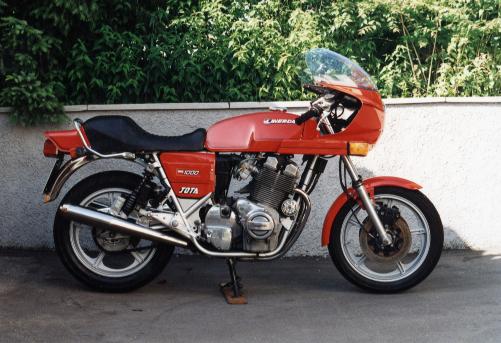 M12
180° Jota with rectangular half fairing and side covers from the 1200s. The gear shifter is moved from RHS to LHS (see chapter 63) 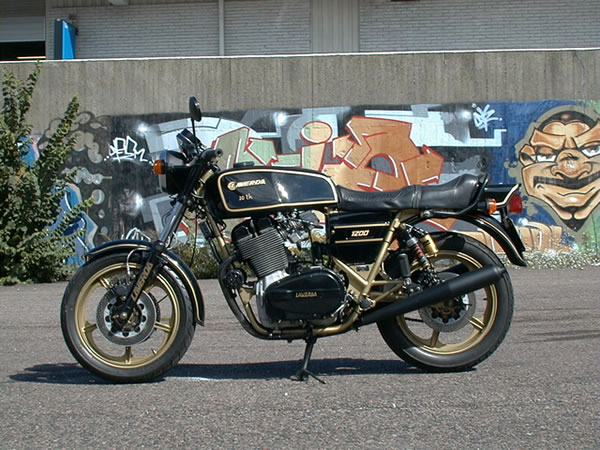 M14
1200 TS has big triangular side covers, also the engine is covered LHS and RHS 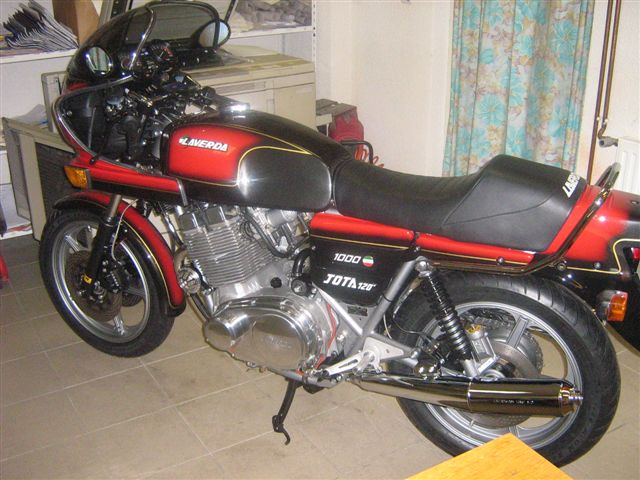 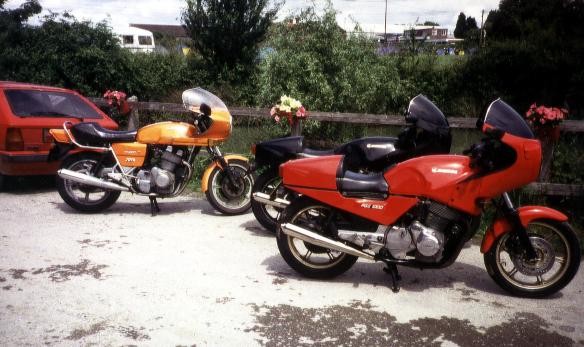 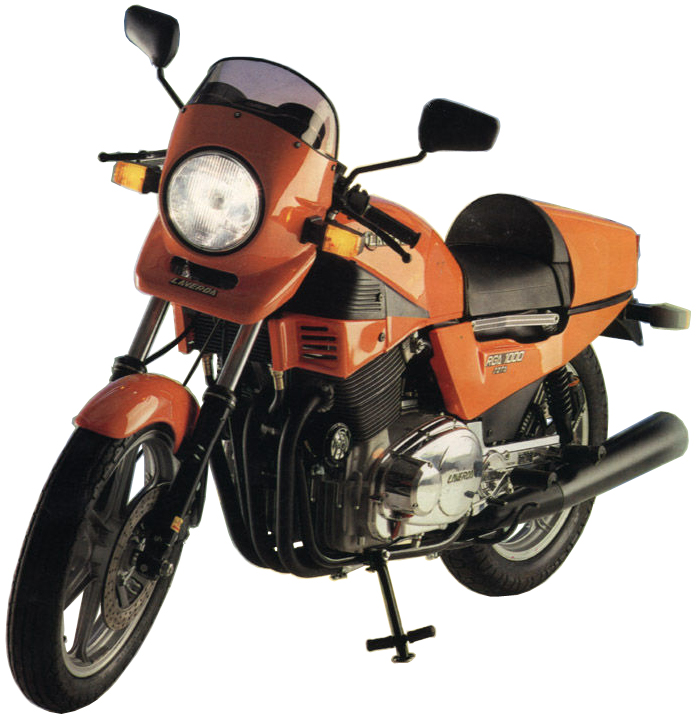 M17
RGA looks like an RGS without fairing. In Germany there are some alloytanks available for to make them look nicer. At that time the LAVERDA importer hat them buit especially. 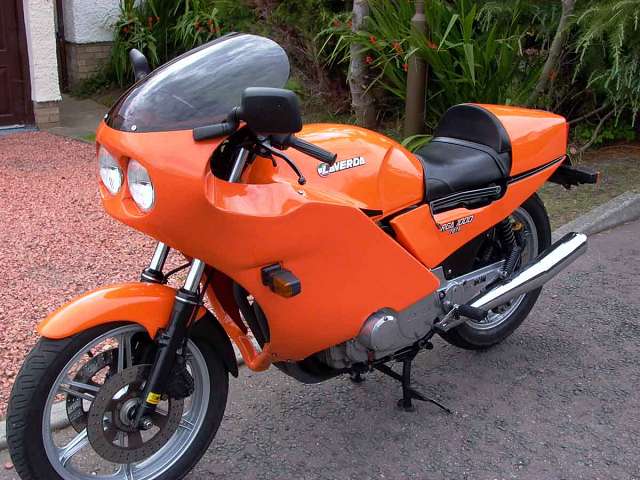 M18
RGA Jota a limited edition which officially didn’t come to Germany. Special thanks to Ulla D. from Sweden for giving me such a rare picture.

M19
RGS Executive is like an RGS with much more fairing, also a rare model 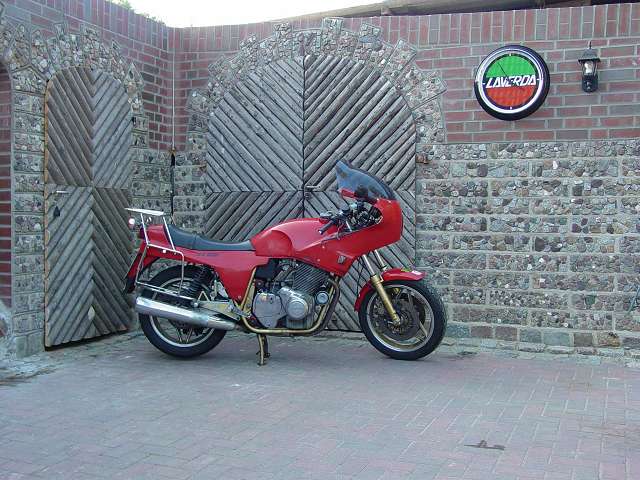 M20
1000 SFC shown with cast alloy wheels. Later they built a 1000 SFC Classic with spoke wheels. It was the very last motorcycle from LAVERDA in Breganze before they had to close the doors